FCC doubles its net profit and increases its operating profit by 7.6%

FCC doubles its net profit and increases its operating profit by 7.6% 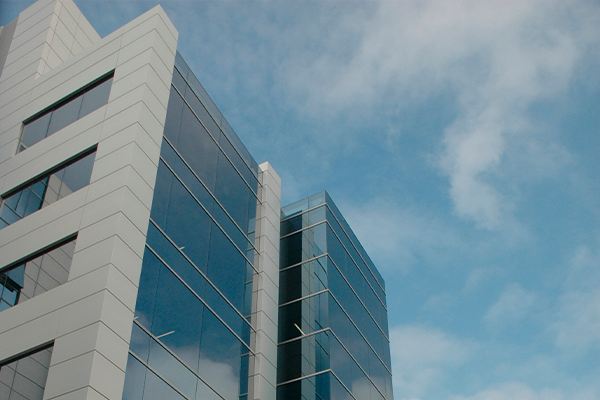 The FCC Group ended the 2021 business year with an attributable net profit of 580.1 million euros, more than double that recorded in the previous business year. This increase is mainly due to the good performance of the operating profit in the Group's different areas and to the effects derived from the full consolidation of Realia.

The company's annual accounts also highlight the increase in the Group's consolidated revenues, which stood at 6,659.3 million euros, 8.1% higher than in 2020. This is due to the positive performance of most of the business activities, especially the Environment area, which increased by 12.4%.

The Group improved its gross operating profit (Ebitda) by 7.6% to 1,126.6 million euros in 2021. This performance is explained by the growth in operating margins in most business areas, mainly in Construction. This is also due to the entry into full consolidation, in the Real Estate area, of Realia and Jezzine from 1 November 2021. The sales of CO2 in Cement in 2020 and the sale of Cedinsa also had a significant impact. Adjusted for non-operating factors, Ebitda would have grown by 17.9% in 2021.

At year-end, the Environmental Services and End-to-End Water Cycle Management areas accounted for 74% of the Group's gross operating profit, while the remaining 26% came from activities linked to the construction and management of infrastructures, the production of associated materials and the real estate business.

The net operating profit (EBIT) amounted to 802.2 million euros, 40.1% higher than the previous year's figure. This increase reflects the positive development of Ebitda, as well as the accounting impact of the full consolidation of Realia and the adjustment made to the value of property, plant and equipment and goodwill in the Cement area.

Net financial debt as at 31 December last year amounted to 3,225.7 million euros, which represents an increase of 427.9 million euros compared to 2020. This increase is a consequence of the full consolidation of Realia and Jezzine's debt in the Real Estate area with an additional amount of 889.7 million euros at the end of the year.

Equity rose considerably at year-end, with a figure of 4,440.7 million euros, 52.7% higher than at the end of 2020, explained by the substantial increase achieved by the net profit and the effect of the full consolidation of Realia and Jezzine.

FCC Inmobiliaria increases in size and strengthens its competitive position
On 8 October, FCC Inmobiliaria, parent company of the real-estate area of FCC Group, reached an agreement with Control Empresarial de Capitales (CEC) to acquire 13.12% of the capital stock of Realia for an amount of 83.9 million euros, whereby FCC Inmobiliaria now holds a majority share (50.1%) and, as a result, has achieved its global consolidation within the FCC Group. In addition, it acquired the capital stock of Jezzine, an asset holding company 100% owned by Soinmob, a subsidiary of CEC. As a result of this operation, control of FCC Inmobiliaria is retained, with 80.03% of the capital of the head subsidiary company of the strengthened Real Estate area of the FCC Group, leading to significant strengthening of its competitive position, operating synergies, and presence in the rental property business.

Subsequently, last December, Realia, through Realia Patrimonio, acquired 37.11% of its subsidiary company Hermanos Revilla, S.A. for a price of 189 million euros. After this purchase, the Realia Group's direct and indirect stake in the company has risen to 87.76% of its share capital and it now controls 100% of the company.

FCC Aqualia agrees to purchase 80% of GGU's water business for USD 180 million
Last December FCC Aqualia agreed to acquire 80% of the water business of Georgia Global Utilities (GGU) for USD 180 million. The purchase process with GGU, the proprietor of water utility and power generation assets, will be carried out in two phases: (i) a first phase, which has been completed, where FCC Aqualia has acquired 65% of the current GGU, which includes water and renewable energy assets, for a price of USD 180 million. (ii) a second phase, in which GGU will spin off the renewable energy assets, leaving in the perimeter of GGU only the water assets (with four hydroelectric plants associated with the water cycle), with FCC Aqualia then holding 80% of GGU and its former sole shareholder holding the remaining 20%.

FCC Medio Ambiente expands its presence in the USA and Central Europe
Last December, FCC Environmental Services made its first acquisition in the USA with the purchase of Premier Waste Services in Dallas (Texas), a company specialising in tertiary waste collection in that area, for USD 34 million. This operation enhances the service offering and increases operational efficiency in the existing collection and treatment activities in the state of Texas. In addition, the city of Wellington (Florida) awarded the municipal solid waste collection service for ten years (with a possible extension for another five years), with a portfolio of more than 110 million euros. This was in addition to the residential and commercial solid waste collection contract in Hillsborough County, also in Florida, awarded for eight years (with a possible extension for four years) with a portfolio of 230 million euros.

FCC Environment Austria was awarded with the municipal waste treatment and transport contract of the West Tyrol Waste Treatment Association, which will begin in January 2022, with a 5-year duration, extendable for another 5 years and with a backlog worth 33 million euros.

FCC Aqualia is awarded three contracts in France
Last November, FCC Aqualia, through its subsidiary SEFO, was awarded the water supply management of 16 municipalities around Mantes-la-Ville in the Yvelines department located in the Île-de-France region, very close to Paris. This award consists of the concession of the drinking water supply for a period of six years for around 30 million euros.  As a result, the portfolio of future revenues of the comprehensive water management area exceeds 15,000 million euros, an increase of 2.2% at the end of the business year.

FCC Medio Ambiente increases its contracting and boosts its backlog by 17% in the business year
The volume of future revenues secured by the FCC Medio Ambiente area grew by 17% at year-end, after increasing revenues by 12.4% in the year, thanks to the incorporation of important contracts in Spain and, to a lesser extent, those mentioned previously in the USA. Among others, the contract for street collection in Barcelona stands out, and in the fourth quarter the awarding of two street cleaning contracts in Madrid, as well as another two for the comprehensive management of green areas and two for the maintenance of urban furniture. This group of contracts contributed a combined contract amount of 1,585 million euros for the year.

Lastly, in terms of treatment and recycling activity, the joint venture led by FCC Medio Ambiente won the contract for the design, development, and operation of the Valladolid Household Waste Treatment and Disposal Centre. It has a duration of 11 years and a portfolio of more than 110 million euros. Also in the recovery activity, the new contract for the selective collection and temporary storage of glass packaging waste for ECOVIDRIO in various regions of Spain, with a portfolio of 13.5 million euros and a duration of 8 years, stands out.

FCC Construcción strengthens its portfolio in Chile
The project awarded in Chile for the third quarter of 2021 involves building the Industrial Bridge in Concepción. The contract is worth over 125 million euros and will have a 32-month execution period.