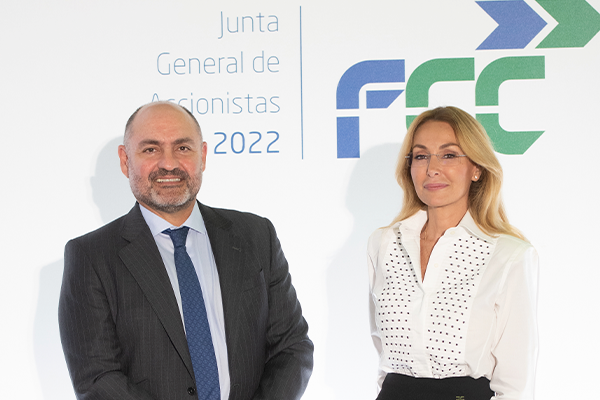 FCC held its General Shareholders' Meeting in Madrid today. All items on the agenda were approved, including the annual accounts for 2021.

Chaired by Esther Alcocer Koplowitz, chairwoman of the FCC Group, and Pablo Colio Abril, CEO of the company, both took advantage of this important event to thank the Board of Directors, the management team, and all FCC employees for their hard work during 2021, noting that their dedication contributed to FCC's sound earnings, and to the growth and development of the FCC Group.

In her speech to the shareholders, Esther Alcocer Koplowitz stressed: "2021 was a demanding year for FCC, and an extraordinary one in terms of results. A year in which we have once again demonstrated our great ability to turn every challenge into an opportunity".

In addition, the chairwoman of the FCC Group highlighted how "the FCC Group, currently present in 25 countries, closed the 2021 business year with profits of 580 million euros. A figure double that of the previous business year".

The FCC in figures

At this annual meeting, the CEO presented a breakdown of the financial results to the shareholders and reported on the most important events. In his presentation, he pointed out that "one of the keys to our success is the strong shareholder backing of the FCC Group, whose benchmark is the Carso Group.The various operational, structural and financial measures implemented, driven by FCC's shareholder reinforcement since 2015, have made us undoubtedly resilient. This is demonstrated by the higher returns and profit achieved in 2021".

The FCC Group ended the 2021 business year with an attributable net profit of 580.1 million euros, more than double that recorded in the previous business year.

The Group improved its gross operating profit (EBITDA) by 7.6% to reach 1,126.6 million euros in 2021. It is also worth mentioning the good performance of the net operating result (EBIT), which has recorded a figure of 802.2 million euros, 40.1% more than the previous year. This increase reflects the positive development of EBITDA, as well as the accounting impact of the full consolidation of Realia and the adjustment made to the value of property, plant and equipment and the commercial fund in the Cement area.

The Group's consolidated revenues amounted to 6,659.3 million euros, 8.1% higher than in 2020, due to the positive performance of most of its business activities during the year, especially the Environment area, which increased by 12.4%.

Equity rose considerably, with a figure of 4,440.7 million euros, 52.7% higher than at the end of 2020, explained by the substantial increase achieved by the net profit and the effect of the full consolidation of Realia and Jezzine.

Net financial debt as at 31 December last year amounted to 3,225.7 million euros, which represents an increase of 427.9 million euros compared to 2020. This increase is a consequence of the full consolidation of Realia and Jezzine's debt in the Real Estate area with an additional amount of 889.7 million euros at the end of the year.

Pablo Colio ended his speech with a message of confidence to shareholders, telling them that "the FCC Group and each of its businesses are focusing their strategy on strengthening their competitive position in key markets in which they are currently present; and on growing selectively in those new markets that are attractive and that are aligned with the company's corporate culture and risks". He also pointed out that "promoting sustainable development has been and will continue to be one of the Group's strategic vectors through the promotion of the construction and management of sustainable and resilient infrastructures; the promotion of the circular economy and the efficient use of water; and the Group's contribution to climate change adaptation and mitigation". 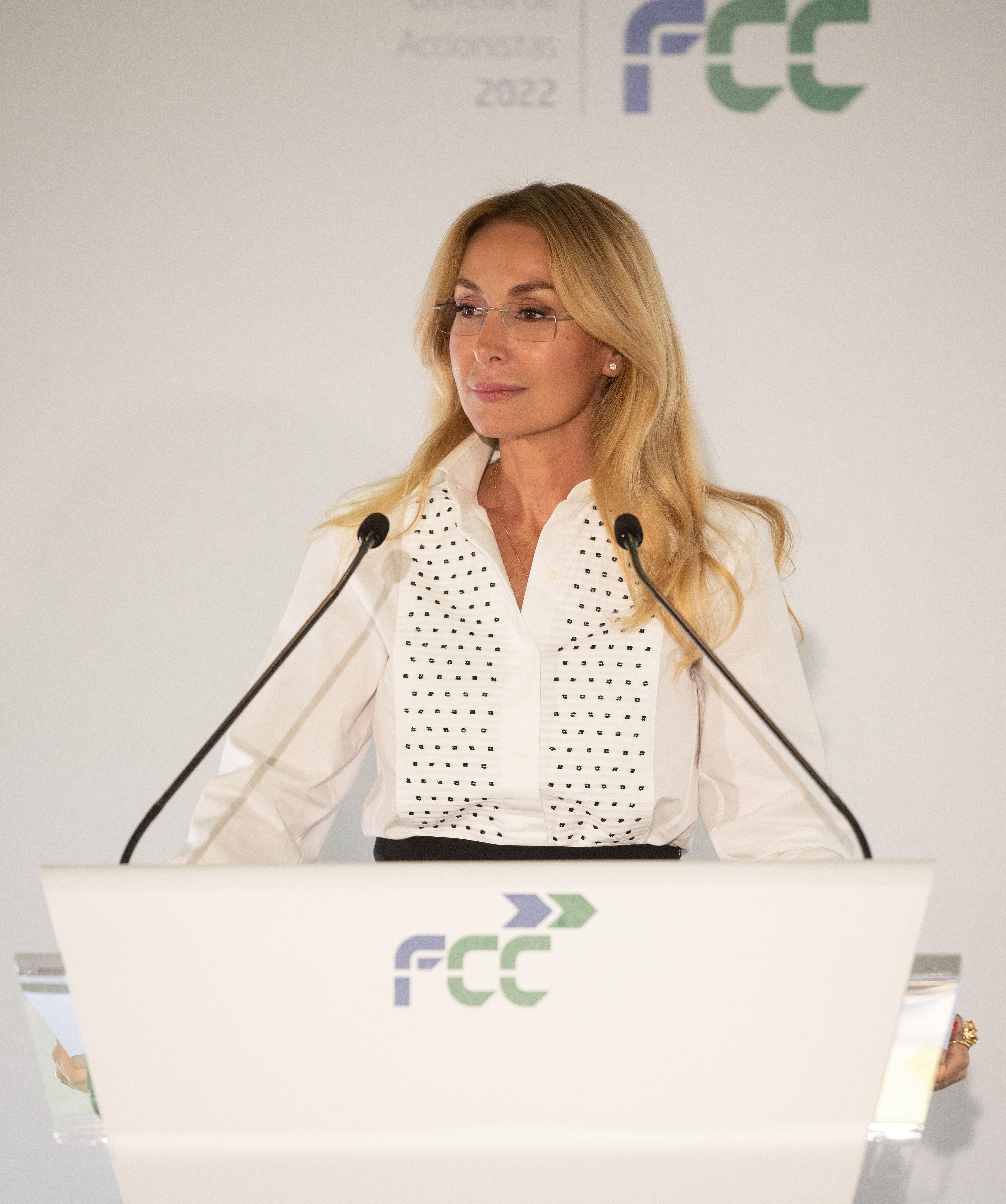 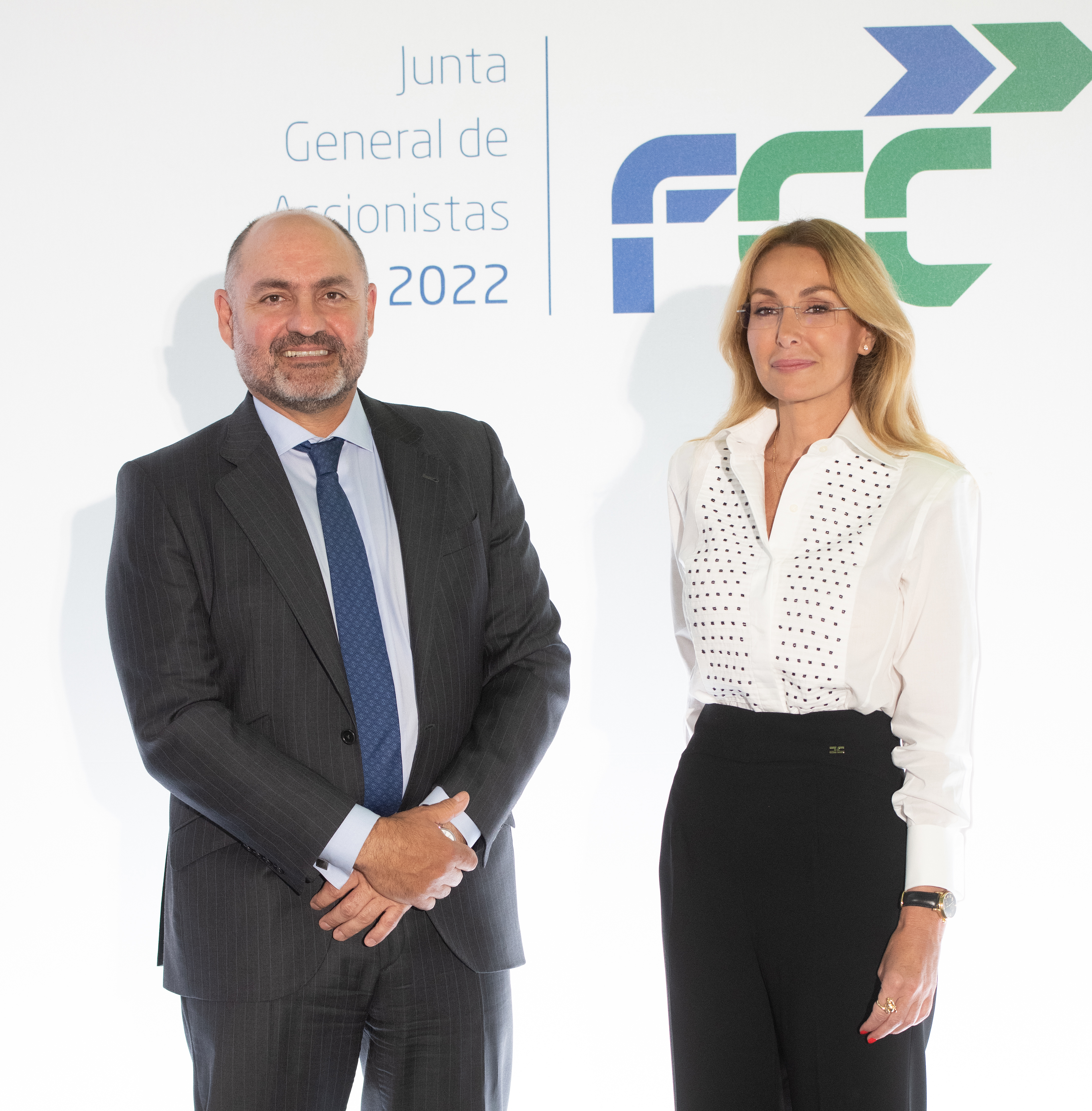 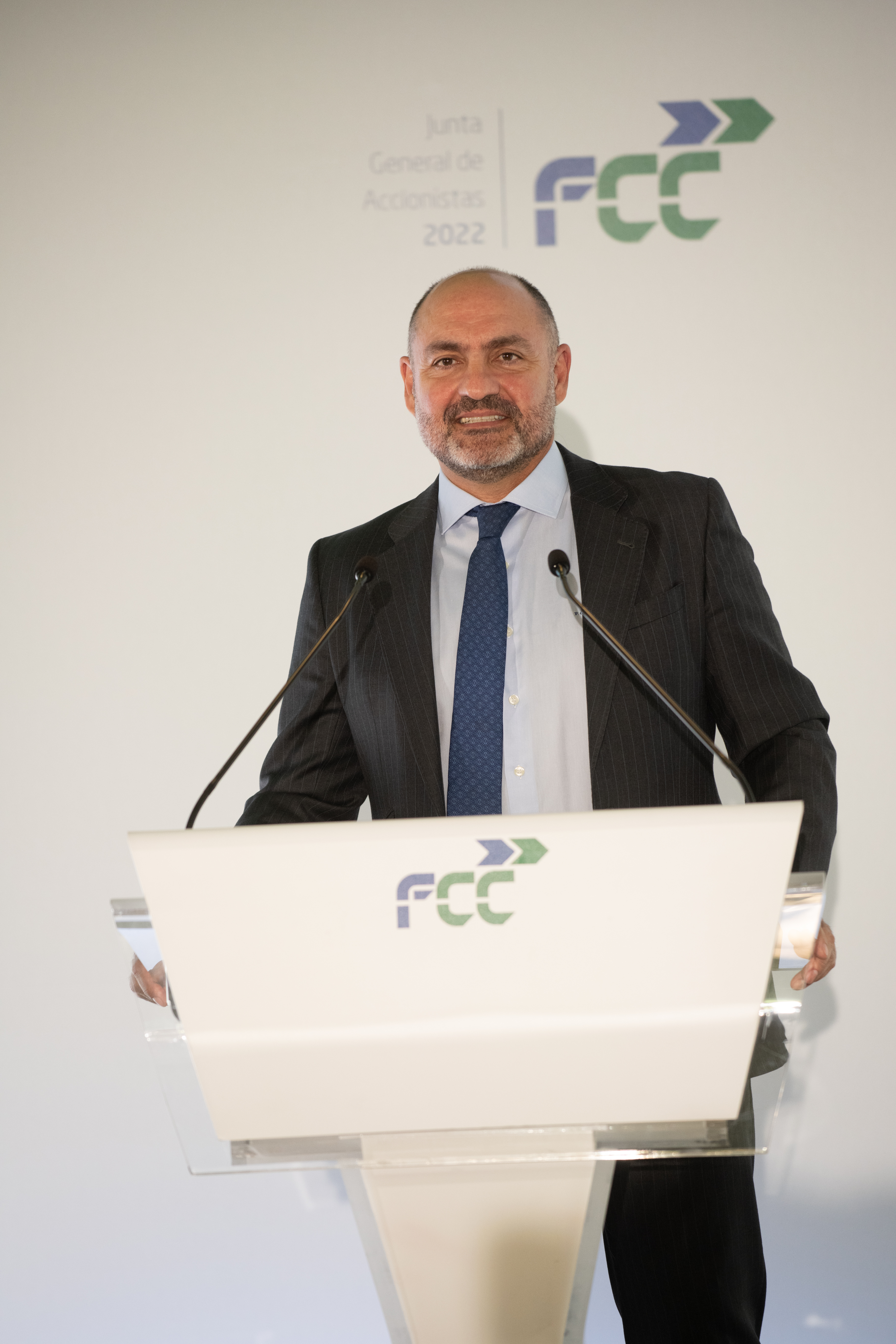