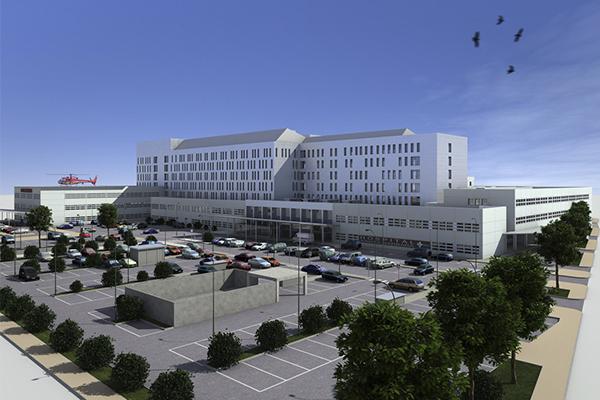 The consortium formed by the companies FCC Construccion and FCC Industrial has been selected for the development of the contract to expand and reform the Santa Bárbara hospital in Soria. The award amount was 27.2 million euros and the execution period is 48 months.

The second stage, more complex than the previous one to be developed within the current building, foresees the reforms of the east and south areas of the center, affecting the whole hospital as a whole, and will also suppose, as in the first phase of the execution of the works, a series of internal movements to evict the areas to be reformed, demolitions and the transfer of health services to their final locations.

The project is completed with the intervention in access and provisional admission (cafeteria and adjacent areas) and the completion of the internal urbanization of the new zone. In total, approximately 17,121 square meters will be expanded in the hospital.

The functional plan designed by the Regional Health Management of the Regional Government of Castile and Leon, provides for health facilities with 297 hospital beds, of which 62 will be in individual rooms, and 102 external consultations of different healthcare specialties. The Welfare Complex of Soria will house in these facilities care units (dialysis, oncohematological day hospital, laboratories, rehabilitation, pharmacy and outpatient mental health unit), support (admissions and citations, clinical documentation, patient care, social worker, Preventive medicine and prevention of occupational risks and residency for the health personnel on duty) and general services (kitchen, laundry, cleaning, internal order and security, general changing rooms and patient associations area).

It is also expected that the hospital will have, at the end of its extension and reform, a car park with 371 spaces for vehicles, 45 for motorcycles, 23 places for vehicles for people with reduced mobility and eight for ambulances.