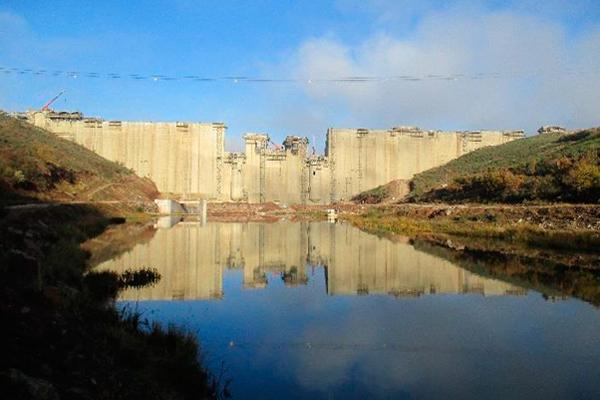 The Construction Area of the FCC Group has participated in the 11th Dam Conferences, organized by the Ministry for Ecological Transition and by the National Committee of Large Dams (SPANCOLD). During the days 26 to 29 June, the 11th Conference of Dams was held in the Auditorium of the city of León, built by FCC Construccion. Since 1985, SPANCOLD organizes these conferences that have been constituted in practice as the Spanish Congress of Dams, with the intention of bringing together the largest number of professionals in this sector and offering them the possibility of presenting new works, communicating results, discussing problems and exchange opinions on future guidelines.

In the Spanish Days of Dams are discussed and analyzed those issues of regulation and use of water, which are considered of great importance for the Society, for Public Administrations, for agencies and companies in the sector, as well as for professionals who develop their work in relation to Water.

In these Conferences, discussions were held on "Dams and Climate Change" and "Progress and technology in the field of dams and water governance". FCC Construcción was the undisputed protagonist of the Castrovido Dam, which was visited by a committee of experts and members of the SPANCOLD organization, as well as different authorities of the Ministry and the Douro Hydrographic Confederation. The main purpose of the construction of this dam is the regulation of the Arlanza river, a tributary of the Pisuerga, through the generation of a reservoir with a storage capacity of 44 cubic hectometres and an area of 214 hectares, equivalent to 212 medium-sized football fields.

The infrastructure consists of the main dam, a hydroelectric power station and a tail dam as well as the construction of the road variants affected by this work.

In order to dam the water, a straight-line gravity dam with an approximate volume of 800,000 m3 of vibrated concrete is being built. It has a coronation length of 534 m and has a height above the channel of 73.14 m.

The hydroelectric power station is located at the foot of the dam. The plant will provide an average annual electricity production of 15.23 GWh.

The tail dam has a storage capacity of 3 cubic hectometres.

The Castrovido Dam guarantees the supply of drinking water to nearby populations; ensures the ecological flow of affected rivers; provides the necessary water supply for irrigation of the 6,010 cultivated hectares; It also generates electricity for more than 5,600 inhabitants.