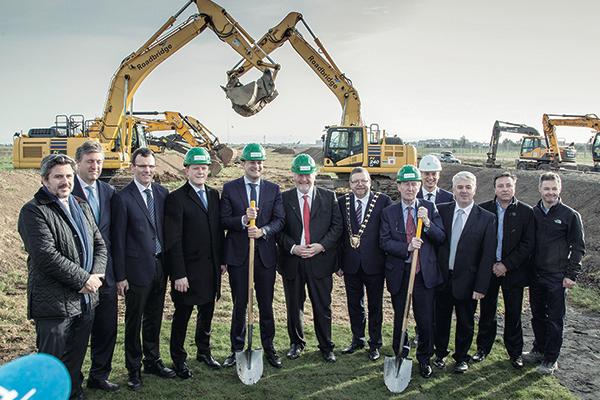 On February 14, at a ceremony organized by the Airport Authority of Ireland (DAA), which convened the Minister of Transport, Tourism and Sports and the Prime Minister of Ireland, along with various personalities directing the client, DAA, started the design and construction project of the new runway "North Runway" of Dublin Airport (Ireland). The event was attended by FCC Construcción, the director of area Europa as well as the Country Manager of the United Kingdom and Ireland.

Currently, Dublin Airport has two operational runways: the main runway 10R / 28L and a cross track 16/34 that only comes into operation when certain climatic conditions occur and in certain occasions to reduce aircraft traffic of the main runway.

The new runway "North Runway" to design and build, has a length of 3,110 meters and will be located in the north of the airport and parallel to the existing main runway 10R / 28L. The main objective of the project is to decongest air traffic from the main runway and increase traffic and air frequency of the airport.

The execution of the new runway is fundamental, framed within the Ireland 2040 Project, to improve and expand the connectivity of the airport with Europe and the USA.

During the event, DAA CEO Dalton Philips said "our main track opened 30 years ago this year and has been an axis of the Irish economy for the last three decades. Annual traffic grew by 5 million passengers in 1989, when the runway 10/28 was opened, reaching a record 31.5 million passengers last year, and North Runway will allow the continued expansion and growth of connectivity in the Dublin Airport in the coming decades ".

The airport authority, DAA, is planning a five-year investment program for Dublin airport. It includes an investment of 900 million euros in new areas of boarding gates, parking spaces for aircraft and other improvements, together with works from different aerodromes for an approximate amount of 200 million euros.

FCC Construcción has a strong and stable presence in Ireland through infrastructure projects that are essential for the development of the country: expansion of the M-50 urban highway from two to four lanes in each direction, which constitutes the ring of Dublin traffic around which articulates the accesses to the city, and in particular, to the airport and the port of said city. The Enniskillen hospital, which has an energy demand management center, being one of the most modern and advanced hospitals in Europe in energy efficiency.

FCC currently executes the contract for the design and construction of two buildings of the Dublin Institute of Technology (DIT) higher education center on the Grangegorman campus in Dublin, Ireland. Once completed, they will provide university services to 10,000 students and the staff of Grangegorman's Higher Study Center. In addition, within the facilities of the Dublin Airport, FCC Industrial develops the renovation of the fuel supply facilities for aircraft and hydrant system of the airport. With this infrastructure, FCC Industrial enables an improvement in the capacity to supply fuel to aircraft at Dublin Airport. 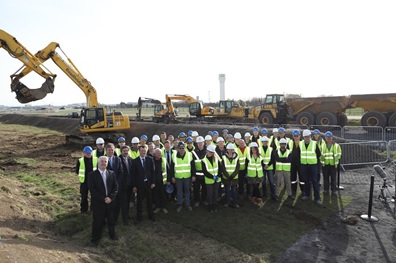