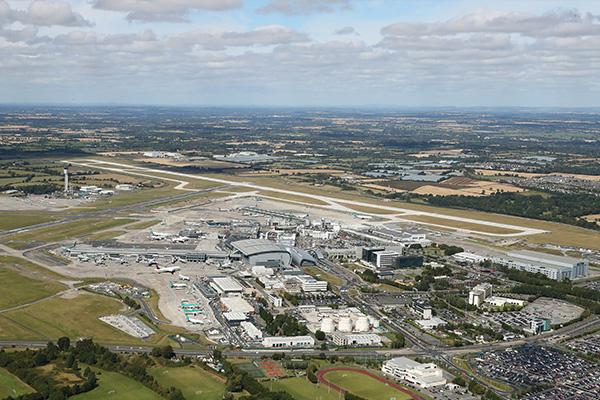 FCC Construcción has completed the design and construction of the North Runway at Dublin Airport (Ireland).

“The opening of North Runway is an exciting milestone for Dublin Airport and Ireland, with the delivery of this once-in-a-generation piece of vital national infrastructure positioning Ireland for economic growth for many decades to come. The addition of North Runway will further enhance the role of Dublin Airport as a vital economic enabler for Irish tourism, trade and foreign direct investment. I am enormously proud of everyone who helped deliver this remarkable piece of aviation engineering both on budget and on schedule, ready to commence operation at a vital time for aviation and for Ireland.”

FCC Construcción has a strong and stable presence in Ireland through fundamental infrastructure projects for the country's development: expansion of the M-50 urban motorway from two to four lanes in each direction, which constitutes the Dublin ring road around which The accesses to the city are articulated, and in particular, to the airport and the port of said city. The Enniskillen hospital, which has an energy demand management center, making it one of the most modern and advanced hospitals in Europe in terms of energy efficiency.

The design and construction of two buildings for the Dublin Institute of Technology (DIT) higher education center on the Grangegorman campus in Dublin (Ireland) has recently been completed. They currently provide university services to 10,000 students and staff at the Grangegorman Center for Higher Education.

FCC Construcción presents a broad portfolio in the design and construction of highly complex airport infrastructures connected to citizens, such as the T-1 Passenger Terminal at El Prat airport in Barcelona, the third runway and the new T4 terminal at Madrid Barajas international airport , the terminal building and the parking lot at Palma de Mallorca airport, the Control Tower at El Dorado airport in Colombia, the remodeling of the runways at Riga airport in Latvia.