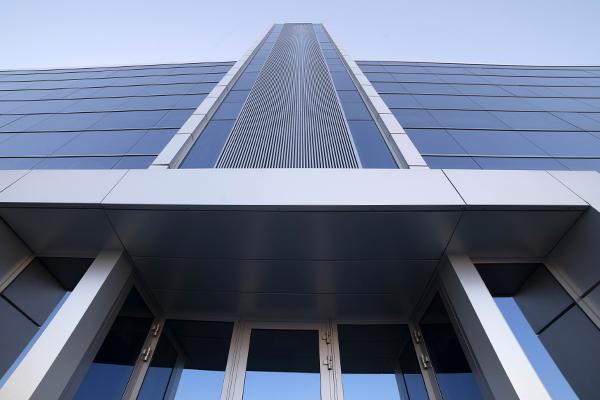 In 2018 FCC obtained a net attributable profit totalling €251.6M, which is a 113.2% increase compared to the €118M obtained in 2017. This was essentially due to the good performance of operating activities, the reduction in financial expenses and the larger contribution from investee and associated companies.

FCC Group revenues in 2018 rose by 3.2% compared to last year and amounted to €5,989.8M. This improvement is largely due to the development of the Environmental (3.2%) and Water (8.7%) areas, accompanied by more demand in the Cement (9.5%) area. There was a slight contraction in the Construction area, particularly internationally, due to the impact of the depreciation of certain currencies against the euro. Accordingly, adjusted by the effect of the exchange rate in the Group's various international business areas, consolidated revenue in constant currency increased by 4.4% during the period.

Gross operating profits (EBITDA) obtained by the Citizens Services company amounted to €861.2M at the end of 2018. This represents 5.6% growth over the preceding year, thanks to the increase in the revenue from the Group's business areas, the operational actions taken to increase efficiency, new synergies and the diverse measures addressing increases in productivity.

The performance of the Environmental area in terms of the EBITDA growth in the business areas is notable due to its large contribution to the Group, and it reflected 3.7% growth to €441.4M. The Cement area is also notable with a 22.7% increase to €70.9M, supported by the improvement of the business in Spain. The Water area recognized €247.5M, 2.5% more than last year, and Construction attained €65M, 7.6% less than last year due to the evolution of the work in progress.

Debt is another notable aspect of 2018. The Group reduced its net consolidated financial debt during the year by 24.8% compared to December 2017, primarily as a result of the September 2018 sale of a minority interest in the lead company in the Water area for €1,024M.
The Group's equity has been significantly strengthened, more than doubling compared with December last year to €1,958.8M.

Last December the subsidiary of FCC Medio Ambiente in the United Kingdom commenced the testing of the thermal plant in Edinburgh and Midlothian. Involving an investment exceeding £140M and a 25-year operating concession, the plant will treat more than 150,000 tonnes per year of waste and will produce electricity to supply more than 32,000 homes. It is expected to enter into full operation over the course of 2019.

During the fourth quarter of 2018 a consortium led by FCC Medio Ambiente successfully bid for the second phase of the Environmental Complex in Guipúzcoa. This 20-year contract covers the construction, launch and operation of a facility with a cost exceeding €32M and an estimated revenue portfolio of €92M. The facility is expected to begin operating during the second half of this year.

The volume of the Group's construction contracts throughout 2018 exceeded €2,000M, which allowed the portfolio to grow by 5% to €4,516.4M at December 2018. This is the first year in which an increase has been seen since 2014, and it was particularly supported by the contracts awarded for unique buildings and industrial construction projects.

Among other projects not included in the portfolio, the consortium that includes FCC Construcción for the expansion of the new international airport in Lima (Peru) is notable. The client, Lima Airport Partners, awarded the contract last September following an exhaustive pre-qualification process, which attracted expert international companies in airport construction. The infrastructure to be developed includes more than tripling the surface area of the current airport facilities.

In November FCC Environmental Services (environmental services subsidiary in the United States) obtained three new contracts in the State of Texas (Garland and Lewisville) that bring it to a total of 10 in the State and its portfolio to more than $550M in the US at the end of the year.

FCC Aqualia adds around €600M in new contracts during the year

The lead company in the Water area obtained several integral concession contracts, BOT, execution and operation of water infrastructure, notably including international facilities. Aqualia is awarded its first contract in Panama for the design, construction, operation and maintenance of the Wastewater Treatment Plant in East Arraiján. This contract is for a total of €75M and is the first in the Central American country for the Water area. In Mexico, the Guaymas desalination plant (Sonora) BOT is to be developed, which includes its operation and maintenance for a total of 20 years. The project represents a total portfolio of around €75M. In addition, in the first quarter the joint venture known as SAOC, comprising Aqualia and the government-owned company Majis Industrial Services was awarded the contract to develop and manage over the next 20 years the operation and maintenance of all water-related services (catchment, desalination, distribution and treatment) in the Sohar port area, which is the most important in northern Oman. The total volume of expected revenue associated with this contract amounts to some €120M.

FCC sells a minority interest in FCC Aqualia for €1,024M

The sale of a 49% minority stake in the parent company of the Water area, FCC Aqualia, to fund manager IFM for €1,024M was completed in September. The disposal proceeds were mostly used to pay down financial debt at the Group parent by more than €800M and, coupled with the new funding raised, repay FCC, S.A.'s previous syndicated loan. The remaining resources from the sale are earmarked for differing corporate purposes.

FCC Aqualia maintained its corporate structure and management team after this transaction.  The entry of the new shareholder enhances the company's ability to grow and is a testimony to its track record.

Presentation of the first electric-mobility platform for municipal environmental services

Over the past four years FCC Medio Ambiente has led a consortium that has developed a platform for highly versatile and efficient environmental service vehicles that combine 100% electric operation with an auxiliary natural gas system. This bus provides a solution that can be adapted to several types of needs, with more than 50% energy savings compared to conventional vehicles and the elimination of their polluting emissions. 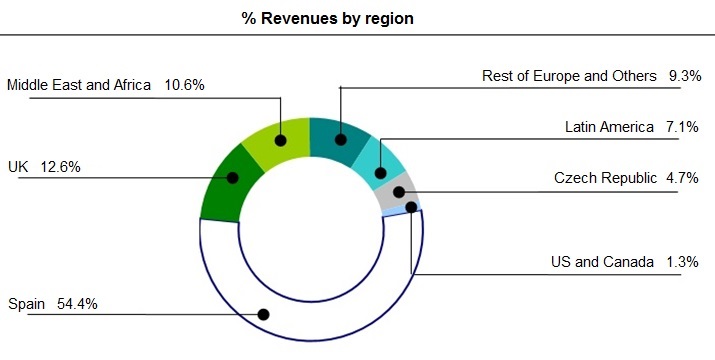