FCC acquires a 50% stake in the Murcia Tram

FCC acquires a 50% stake in the Murcia Tram 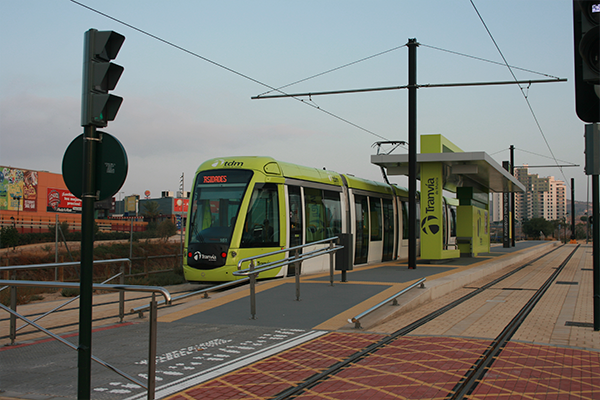 FCC acquires a 50% stake in Tranvía de Murcia, thus becoming the reference partner of the Murcia City Council for this project.

Tranvía de Murcia was established in April 2009 to carry out the project for the construction and operation of Line 1 of the Tram, with a total duration of 40 years. Line 1 of the Murcia Tramway provides a regular transport service in the municipality of Murcia under a municipal concession. Its V-shaped structure is 18 kilometers long and connects the northern area of Murcia (Universities, department stores and residential areas) with the urban center.

With a fleet of 11 vehicles, the commercial service is divided into two blocks: the main service, which connects the Nueva Condomina stadium with the University of Murcia; and the shuttle service, which leaves from the Terra Natura stop to the Catholic University of San Antonio. In total, Line 1 has 28 stops distributed along 18 kilometers, and separated from each other by an average distance of approximately 500 meters. (24 stops are on the main service and 4 on the shuttle service).

With the purchase of this stake, FCC shows a clear commitment to sustainable and innovative public transport. It is positioned as a reference agent for future expansions of the tramway in the city, supporting municipal transport, thus maintaining a commitment to the city of Murcia and its districts.

FCC's experience in the railway sector

FCC has strong experience in construction and maintenance in the railway sector and passenger transport services. The company has participated in works as relevant as the Atocha-Chamartín connection, the high-speed line between Barcelona and the border, the Pajares tunnels, the platform for the new high-speed access to Levante, etc.

As regards maintenance of railway facilities, FCC carries out work on the Madrid-Lleida, Madrid-Ciudad Real, Lleida-Barcelona, Aranjuez, Seville and Zaragoza lines. Although an important part of his work volume is focused on metro works: Madrid, Malaga and Barcelona.