The construction area of the FCC Group has increased revenue by 3%, reaching 1,659.6 million euros, in the 2021 financial year

The construction area of the FCC Group has increased revenue by 3%, reaching 1,659.6 million euros, in the 2021 financial year 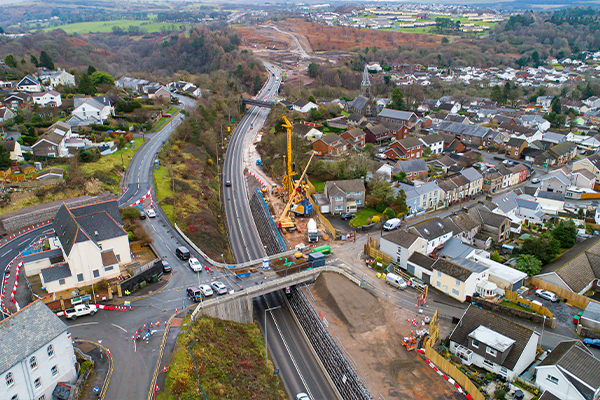 The construction area of the FCC Group has increased its gross operating profit during the 2021 financial year, by 91.5% to 102.6 million euros compared to 53.6 million euros the previous year. This increase is based on the evolution of income and especially on the disappearance of the impact that the slowdown and stoppages caused by the measures taken to combat the health crisis had on different projects in the previous year. In this way, the operating margin in 2021 has been consolidated at 6.2%, a level similar to that reached in previous intermediate quarters. The construction area has contributed almost 10% of the FCC Group's EBITDA during the 2021 financial year.

In terms of income, the construction area of the FCC Group has increased income by 3%, reaching 1,659.6 million euros, in the 2021 financial year. This increase is due to the sustained good pace of execution in projects both in Spain as in Europe and Latin America.

By geographical area, in Spain the turnover increased by 4.3%, to 885.2 million euros, due to the good pace of execution in the remodeling of the Santiago Bernabéu football stadium, as well as in other public works such as the remodeling from the Plaza de España or the Insular ring in Tenerife.

Similarly, in Europe of Europe and other markets, the turnover grew by 7.5% compared to the previous year and reached 419.2 million euros, thanks to the greater contribution of projects under development, such as the A-9 in the Netherlands and the A‐465 motorway in Wales. In Latin America and the US, turnover grew significantly to 209.4 million euros, mainly due to the greater contribution of the Mayan Train in Mexico, together with the start of work on a road project in Chile.

The income portfolio has been reduced very slightly to 3,981.3 million euros, due both to the progress of contracts and to the adjustments made in the projects to be executed in certain countries.

By type of activity, civil works continue to dominate, with 82.9% of the total.