The construction area of the FCC Group increases revenues by 12.6% in the first nine months of the year

The construction area of the FCC Group increases revenues by 12.6% in the first nine months of the year 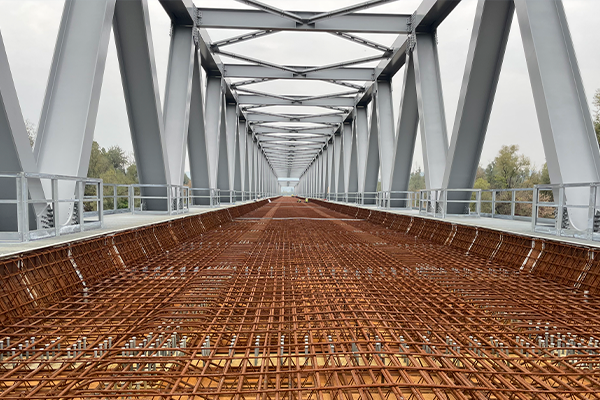 The construction area of the FCC Group has increased revenue by 12.6% during the first nine months of the year, reaching 1,362.6 million euros. The good performance of income is explained by the correct and positive progress of the projects started, as well as the increase in activities in the international projects awarded.

In Spain, turnover stood at 622.5 million euros, 4.8% lower than the same period in 2021, offset by the 18% increase in Europe, with 335.7 million euros, mainly due to the greater contribution of motorway projects in the Netherlands and the United Kingdom (A-9 and A-465, respectively), which offset completed projects such as the Haren prison in Belgium. In Latin America and Canada, revenues increased by an outstanding 90.6%, with 292.8 million euros, which is mainly explained by the greater contribution of the construction of the Mayan Train in Mexico, as well as other projects, such as the one started in Canada .

The gross operating result reflected the increase in income to reach 86.5 million euros.

The operating margin remains stable, standing at 6.3%, with a slight increase compared to the same period of the previous year.

For its part, the income portfolio at the end of the third quarter was 6,081.2 million euros, with a notable growth of 52.7% compared to the end of 2021, which occurs both in national and international activity. In Spain, with an increase of 42.6%, the construction of a section within the Mediterranean railway corridor as it passes through Murcia or the new Puertollano Hospital, among other works, is added.

Internationally, this is where the greatest progress is made, of 58.1%, when registering the important construction project of the tunnels of the new city of NEOM in Saudi Arabia together with the previous ones obtained in previous quarters, such as the RER project‐ 3 in Canada, the Sotra bridge in Norway and the already mentioned range increases in the Mayan Train and the Riyadh Metro.