Progress on the construction of Line 2 of the Panama Metro has now reached 53%. Worth highlighting is the installation of 90% of the U beams on the Pan-American highway section of the project, which is planned for completion at the beginning of October. 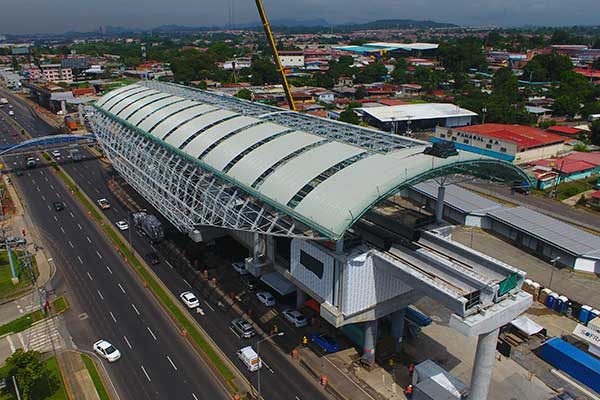 The stations with the greatest construction progress are Pedregal, Las Acacias, Hospital de Este, Cincuentenario, San Antonio and Las Mañanitas. The remaining work on these stations includes the installation of the rooves, escalators and stairs, technical rooms at the lobby level and station accesses.

Work is also continuing on the laying of the railway track on the viaduct over the Pan-American highway and the Domingo Díaz road with 19 kilometres already laid. The installation of the catenary posts, trays and guard rails on the viaduct is also underway.

The Line 2 project has 37 active work faces in total. These span the area of El Machetazo in San Miguelito to the sidings and workshops in the municipality of 24 de Diciembre, where the progress is 41%. Work on the underground infrastructure there includes drainage, channelling and firefighting systems as well as the installation of catenary posts, the building of the platforms for the station tracks, construction of mechanical workshops and administrative offices and power sub-stations.

In the next few months, the work will be focused on finishing the 16 stations, the civil engineering and the installation of electrical, communications, fire protection and water supply systems. The 23 kilometres of viaduct will also be finished, mainly in the San Miguelito area and the Avenida Domingo Díaz, among other tasks.

This project will have a positive impact on more than half a million Panamanians living in the eastern area of the capital city. Approximately 4,000 persons are working on the project together with more than 100 sub-contractors, mostly local, taking part in the building of this infrastructure. 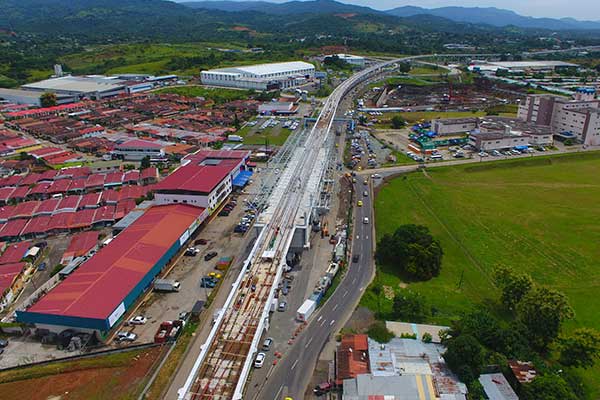