On 30 March, FCC Construcción completed work on line 8 of the Metro of Madrid, between the Mar de Cristal and Barajas stations, which allowed line 7 to resume operating days ahead of schedule. Furthermore, the line was operational before the Easter weekend, which was significant as it is the line that connects the city centre to the airport. 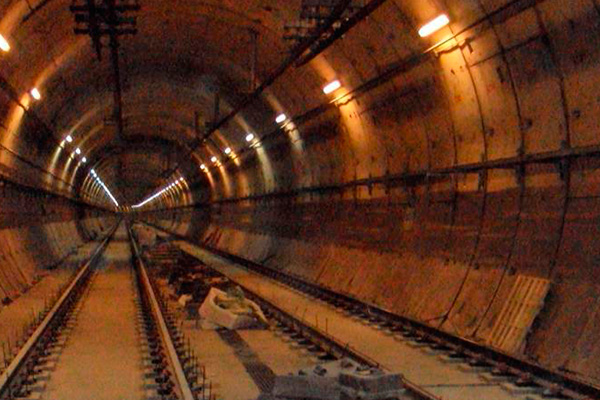 The work took place on the 7-km stretch, of which 5 are double-tracks and 2 are single tracks, between the stations of Mar de Cristal and Campo de las Naciones.

The most significant activity undertaken by the teams of FCC Construcción and Convensa, the FCC Construcción division that specialises in transport, comprised replacing 28,848 elastic anti-vibration blocks with 43,916 attached plates, installing around 1,400 plates per day, which set a new record for this type of activity on the Madrid Metro.

Furthermore, adaptation work on the service and evacuation galleries, a timely consolidation of certain tunnel zones, drainage work and a review of the ventilation and pumping installations were also carried out.

The budget for the work amounted to €3.61 million euros and the delivery period for the work was four months. The line had to be closed for two and a half months and the envisaged reopening date was 19 April 2017.

However, FCC Construcción managed to finish the work on 30 March and after the obligatory two-week testing period, undertaken by the Metro of Madrid, the line was reopened to the public on 12 April, one week ahead of schedule.

FCC Construcción and Convensa, with over 100 years' experience in the sector, are in charge of maintaining over half of the Madrid Metro network, providing innovative solutions that have a direct impact on the continuous improvement of citizen mobility.