FCC and OHL achieves the “Substantial Performance” certificate for the project: The Toronto-York Spadina subway extension in Canada

FCC and OHL achieves the “Substantial Performance” certificate for the project: The Toronto-York Spadina subway extension in Canada 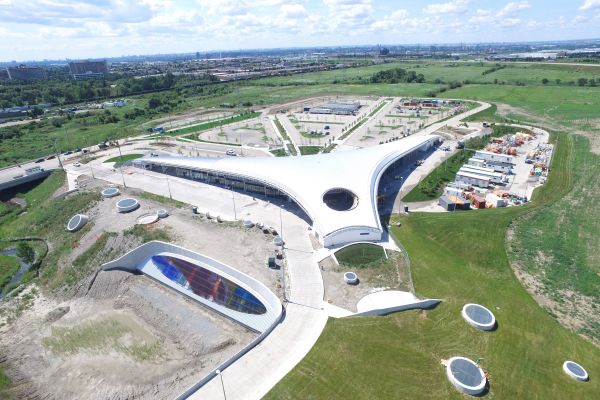 The Toronto Transit Commission (TTC) has awarded the "Substantial Performance" certificate to the most significant infrastructure project in the Toronto subway: the expansion of the Toronto-York Spadina subway line, awarded to FCC and OHL for 404 million Canadian dollars (approximately 267 million).

The first public transport project in Canada is part of the expansion of the Toronto-York Spadina line, which includes the construction of the Highway 407 station and the Northern tunnels. Obtaining this certificate represents the last contractual milestone and the opening of the project, scheduled before the end of the year.

The Highway 407 Station and adjoining Bus Terminal is envisioned as a transit hub along the Northwest segment of the Toronto Transit Commission’s Yonge-University line.

The station is situated at the intersection of the Highway 407 Express Toll Route and Jane Street in Vaughan, Ontario. The station is composed of an underground multilevel structure of reinforced concrete, and next to it there is a bus terminal with steel structure of a single plant and three wings, with capacity for 18 docks of buses of the York Region and GO Transit Buses.

Also part of the project is a parking lot with 600 seats and an area for passenger collection of 30 seats. The construction of the station and the bus terminal are characterized by incorporating large elements of concrete and steel. From the architectural point of view it includes an angled 42m long oval skylight, a velodrome-shaped interior steel structure and double-curvature steel-trussed bus terminal roof.

At present, all works related with the Northern Tunnels contract (as well as the associated contracts for York University Station Siteworks, Steeles West Launch Shaft and Finch West Station Traffic Management) are complete.

FCC and OHL were awarded the “2015 Major Infrastructure (Canadian) Project of the Year” presented by the Tunnelling Association of Canada (TAC). The central criterion for award consideration was the demonstration of the utmost levels of engineering skill and knowledge of underground construction. In addition, the deadline achievement and safety standards reached during works were highlighted.

During the tunneling phase the rate of mining on average was 21 metres per day with a remarkable one-day maximum of 46.5 metres. In particular, tunnelling beneath sensitive buildings at York University was completed while only causing 3 millimetres of settlement at the surface.

The effective completion of the 200 metre SEM hand-mined tunnel is also considered to be a great accomplishment, because of careful consideration was required due to the tunnel passage beneath existing power transmission corridors and major gas pipelines.  This well-known technique, was used for the first time in Canada.