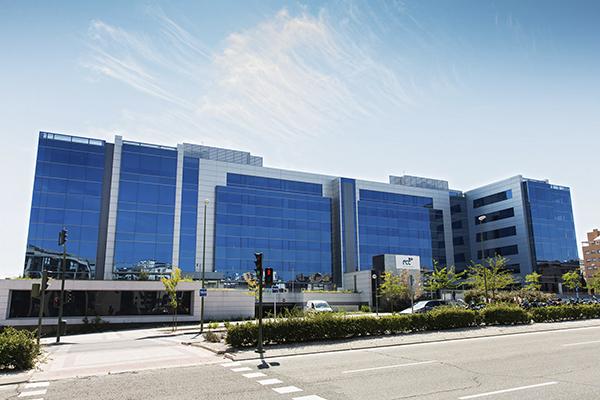 The FCC Group has recorded net attributable profit of €176M in the first nine months of the year, which represents an increase of 14.7% against the €153.5M obtained in the same period of 2017, due to the good performance of operating activities in all business areas.

Net revenues stand at €4,350.8M in the first nine months of the year, which is 2.2% up on 2017, due to the heightened level of activity recorded in the areas of Environment and Water together with Cement.

In the same period, the amount of the Group's gross operating profit (Ebitda) grew by 8.1% to €645.7M. This represents a 14.8% increase in the EBITDA margin, one of the highest levels ever achieved by the Group.

The new worth of the Group has been significantly strengthened, increasing two-fold compared with December 2017 to €1,876.5M as of 30 September 2018.

Milestones in the first nine months

FCC closes the sale of a minority shareholding in FCC Aqualia for €1,024M

The sale of a 49% minority shareholding in the parent company of the Water area, FCC Aqualia, to fund manager IFM for €1,024M was completed on 28 September. The disposal proceeds were mostly used to pay down financial debt at the Group parent by more than €800M and, coupled with the new funding raised, repay FCC, S.A.'s previous syndicated loan. The remaining resources from the sale are earmarked for differing corporate purposes.

FCC Aqualia will keep its current strategy, corporate structure and management team.  Furthermore, the incorporation of the new partner into its capital enhances its capacity for growth and is a testimony to the track record of the water cycle management area's parent company.

FCC Medio Ambiente heads a group of companies that have signed the contract to undertake the second phase of the Guipúzcoa Environmental Complex. This contract involves the construction, commissioning and operation of a facility over a 20-year period, representing a total investment of over €32M, with an estimated €92M portfolio of future revenues. The new facility will have two types of plants: a biomethanisation plant and a slag recycling plant for the slag received from the recycling plant in the first phase of the complex. The facility is expected to begin operating in summer 2019.

The consortium that includes FCC Construcción has been chosen to undertake the design and construction contract for the expansion of Lima's new international airport. The client, Lima Airport Partners, awarded the contract following an exhaustive pre-qualification process, which attracted expert international companies in airport construction. The infrastructure to be developed includes more than tripling the surface area of the current airport facilities. This award, which has yet to be incorporated into contracting, is in addition to those previously obtained by the consortium made up of FCC Construcción and CICSA for the expansion of various sections of the Pan-American Highway (Panama), with a joint budget of $892M. These works will be executed by FCC Américas, a company that is 50% owned by FCC Construcción and CICSA, respectively. Both actions involve work stretching over 50 kilometres within a 20-month deadline.

The area's contract volume in the first nine months of the year thus totals some €1,600M, whereby at the end of September the portfolio balance has increased by 6.4% since the start of the year.

Panama's Ministry of Health has chosen the proposal submitted by Aqualia for the design, construction, operation and maintenance of the Arraiján Este wastewater treatment plant. The project, worth some €75M, is the first to be undertaken by the Water area in this Central American country. In addition, in the first quarter the joint venture known as SAOC, comprising Aqualia and the government-owned company Majis Industrial Services, of the Oman Investment Fund, was awarded the contract to develop and manage over the next 20 years the operation and maintenance of all water-related services (catchment, desalination, distribution and treatment) in the Sohar port area, which is the most important in northern Oman. The total volume of expected revenue amounts to some €120M. What is more, in Mexico, the Guaymas desalination plant (Sonora) is to be developed, which includes the design, equipment, construction and commissioning, as well as its operation and maintenance for a total period of 20 years. The project represents a total portfolio of around €75M.