FCC Construcción wins the tender for the construction of a pedestrian path between the beaches of Fuentebravía and Las Redes (Cádiz).

FCC Construcción wins the tender for the construction of a pedestrian path between the beaches of Fuentebravía and Las Redes (Cádiz).

FCC Construcción and Matinsa have won the works for the construction of a footpath between the beaches of Fuentebravía and Las Redes, in El Puerto de Santa Maria (Cádiz). The project, awarded by the MInistry of the Environment, has a budget of 802,000 euros and a timeline for delivery of five months. 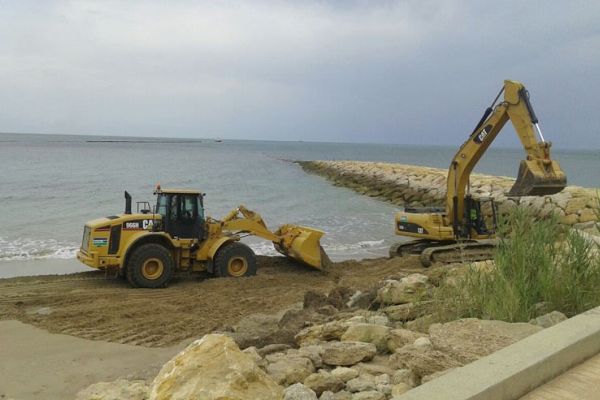 The path will enable journeys to be made on foot or by bicycle along the coastal front of the municipality of El Puerto de Santa María. Running parallel to the Santa Catalina beach, it will be built on the existing masonry wall. The length of the path will be just over 1.117 km between both ends. The trail starts at Punta Bermeja, connecting with the existing promenade, and ends at the confluence roundabout of the streets of the calles Mar Egeo, Mar Adriático, Océano Atlántico y Océano Pacífico.

The projected trail has a total width of 3.0 m, allowing 2.72 m free width between the lateral handrails. The longitudinal profile of the trail does not exceed 6% on its maximum slope. At the beginning and end of the trail, there are transition ramps between the terrain and the wooden structure.

The awarded project also includes complementary actions such as the partial demolition of the esplanade and existing wall as well as access to the beach from the roundabout confluence with the city. Sand will also be spread along the beach of Santa Catalina and spaces in the esplanade of Las Redes will be redesigned. Several access points will be created leading to the beach, with a new wall ensuring continuity to the existing one. This will surrounding the new configuration on the floor of the beach, with the existing one being restored with a wooden railing.

The work includes the installation of lighting, the replacement of the services of supply, sanitation and low voltage electricity. The park located near the parking bay of the St Mar Egeo, which is under municipal ownership, will also be developed.