FCC Construcción completes the railway access to the Port of Barcelona

FCC Construcción completes the railway access to the Port of Barcelona 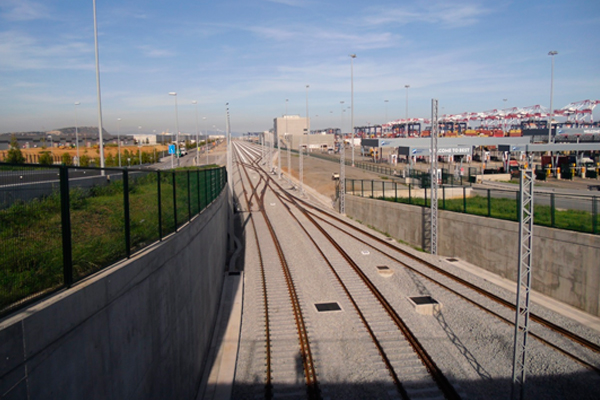 The tracks were laid on a strip of land between the Tercat railway terminal and the Ronda Nord in the Port of Barcelona.  The final budget for the project was more than €12 million and the work started in June 2016.

Notable among the activities undertaken was the earthmoving and the affected utilities work together with the communications infrastructure.

The access to the Muelle Prat containers terminal was built via dispatch/reception track 4 with D9 track apparatus. The D9 track apparatus and the two sections of track next to it with 50 and 55 m free are installed and operational.