FCC Construccion completes the construction of the Port of Granadilla (Tenerife)

FCC Construccion completes the construction of the Port of Granadilla (Tenerife) 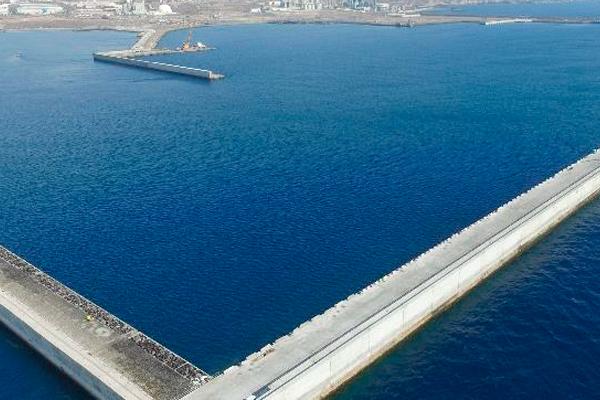 The construction area of the FCC Group has completed the construction of the Puerto de Granadilla, in Tenerife. The works have had a budget of 200 million euros.

For the development of the infrastructure a North Slope dike of 596 meters in length has been built, which starts from the ground with a direction perpendicular to the coast; a vertical exterior dam with a typology of floating caissons, in three alignments; the perimeter closure parallel to the dam in north slope and displaced with respect to this 350 meters; the multi-purpose pier of Ribera (1st phase), with a length of 132.5 meters and a draft of 16 meters; the hammer, formed by 3 drawers with a total interior length of 130 meters; and the extension of the contradictory consisting of the anchoring of four new drawers following the alignment of the works executed in the contract of the contradictory.

Within this infrastructure, the South slope embankment has been created, consisting of three alignments totaling a length of 714 meters; the closing of drawers between the undam and the South slope embankment, formed by an alignment with a length of 170 meters and 16 meters draft; and the vertical South undam, with an alignment of 170 meters and 16 meters of draft.

The construction of the new port of Granadilla will suppose an opportunity of development for the port activity and the economy of the island. In addition, it will guarantee the short-term and future viability of the economic and social system of the province, contributing to its economic diversification, and strengthening Tenerife's relations with the African continent and Latin America.

Likewise, it will allow the creation of a logistics node in the south of the island, together with the Tenerife Sur-Reina Sofía airport and the Granadilla Industrial Estate, limiting road traffic of goods by road and redistributing maritime traffic.