FCC Construcción obtains “I calculate and reduce” stamp of the Register of Carbon Footprint, Offsetting and Carbon Dioxide Absorption Projects

FCC Construcción obtains “I calculate and reduce” stamp of the Register of Carbon Footprint, Offsetting and Carbon Dioxide Absorption Projects

FCC Construcción has yet again registered its carbon footprint for 2015 in the Register of Carbon Footprint, Offsetting and Carbon Dioxide Absorption Projects of the Ministry of Agriculture, Food and the Environment, as it has been doing ever since 2012. 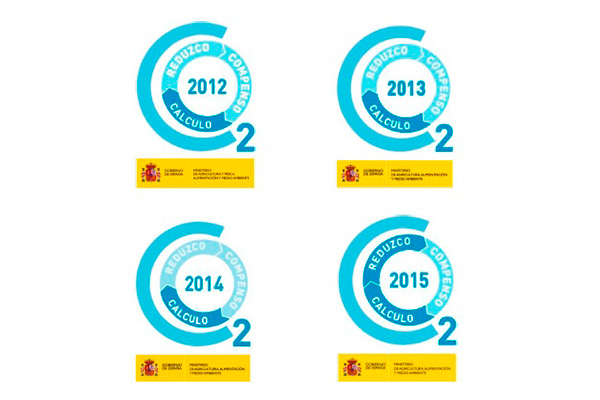 Companies that voluntarily undertake this initiative receive a stamp from the Government for participating in the register, which acknowledges their effort in the fight against climate change. The registration certificates for each period can be downloaded on the company's intranet.

As a new feature, in 2015, we obtained the “I calculate and reduce” stamp, which besides acknowledging our involvement and ability to quantify and verify our greenhouse gas emissions, sets the company apart as one of the organisations that effectively reduces its carbon footprint. More specifically, FCC Construcción was awarded the stamp after accrediting a reduction of 14.06% on the average emission intensity in the three-year period from 2013-2015 with regards to 2012-2014, for its whole carbon footprint (scopes 1+2 and 3).

As of December 2016, only 19 companies out of the 360+ registered have been awarded this stamp, accrediting a reduction in emissions.

FCC Construcción commenced its Climate Change Strategy in 2010 by designing and implementing a protocol to quantify greenhouse gas emissions in construction. Since then, every year the company draws up and verifies its greenhouse gas emission (GHG) report. FCC is the first Spanish construction company to have been verified by AENOR and showcasing, ever since 2012, the carbon footprint certificate “Verified CO2 Environment”, accrediting both the authenticity of the calculation and the inclusion of the GHG management in the organisation's System and strategy.

This initiative was awarded second prize in 2012 in the category of "Management for Sustainable Development" in the European Environment Awards, provided by the Entorno Foundation.

Additionally, in order to promote the transparency we are renowned for, FCC Construcción has registered its carbon footprints for 2012, 2013, 2014 and 2015 in the Register of Carbon Footprint, Offsetting and Carbon Dioxide Absorption Projects set up by the Ministry of Agriculture, Food and the Environment, and is the first construction company to appear on this public list.

Another communication and environmental awareness initiative carried out in 2015 was FCC Construcción's participation in the campaign “One million commitments for the climate” by the Ministry of Agriculture, Food and Environment (MAGRAMA) and the Ecology and Development Foundation (ECODES), ahead of COP21 in Paris.

In addition to the company's Basic Guide and technical documentation, FCC Construcción has a leaflet to ensure that the staff who work for the company know about the organisation's emissions inventory and are aware of the importance of the annual GHG emission report. In a simple and illustrative way, the leaflet explains how GHG emissions are measured by the company, the responsibilities of the site staff, what data is to be provided from the site and how the data provided will be used.