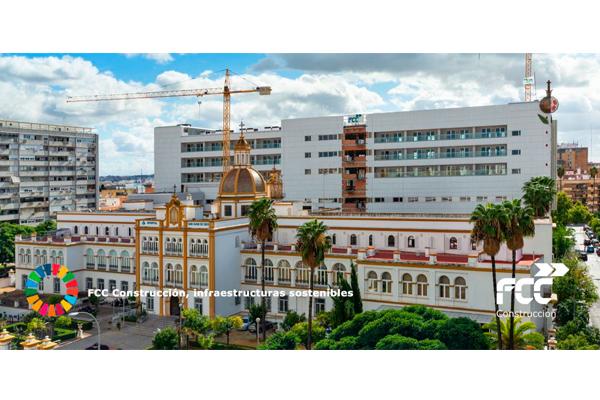 The first phase consisted in the realization of the demolitions, earthworks, foundations, execution of screen walls and slabs. The second and third phases consisted in the development of the structure of the new building, the completion of the exterior enclosure of all the facades, waterproofing and roofing.

The last phase recently awarded, has a budget of 24.9 million euros and will end the expansion of the hospital. The works consist of the completion of the interior of the new building, including: masonry, carpentry, coatings, interior locks and paintings, electromechanical installations, communication and security.