FCC Construcción completes the manufacture of the 1,000th "U" beam for Line 2 of the Panama Metro

FCC Construcción completes the manufacture of the 1,000th "U" beam for Line 2 of the Panama Metro 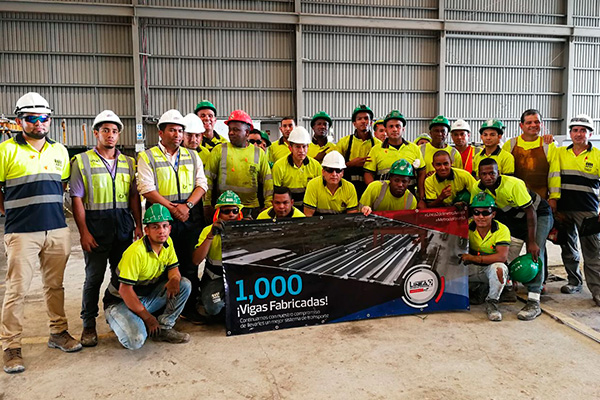 The infrastructure area of FCC, has reached a new milestone in the work on Line 2 of the Panama Metro, with the manufacture of the 1,000th "U" beam for the project. The "U" beams have been manufactured "in situ" in the beam factory used in the delivery of Line 1. The facility has been expanded to allow for increased production of these parts.

The beams have a length between 20 and 30 meters, a total width of more than 5 meters, and an approximate weight of 166 tons. More than 60,000 cubic meters of concrete have been used in the manufacture of these parts.

This milestone has been achieved thanks to the efforts of more than 150 workers operating in shifts to enable 24 hour days. In doing so they have been able to manufacture three to four beams a day, in order to fulfill the production objective of 1,510 "U" beams.

Last September, FCC Construcción achieved a 53% completion of Line 2 of the Panama Metro. This work will positively impact more than half a million Panamanians living in the eastern area of the capital city. About 4,000 people work on the project, with an additional 100 subcontractors, mostly local, who are involved in the construction of this infrastructure. 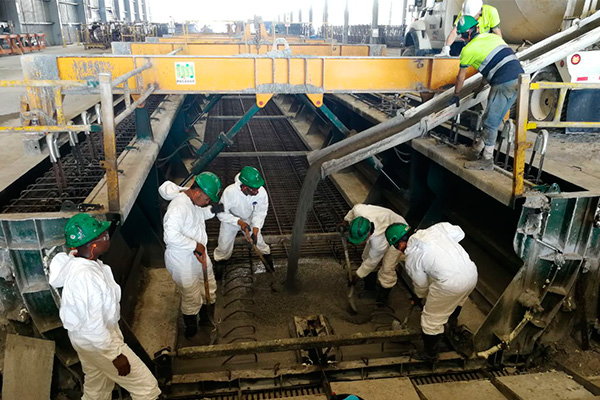