The Zaragoza Tram, finalist in four categories of the Global Light Rail Awards

The Zaragoza Tram, finalist in four categories of the Global Light Rail Awards 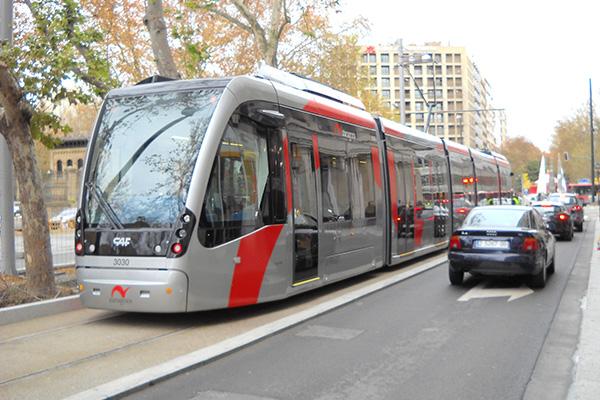 The Zaragoza Tram is a finalist for four awards at the Global Light Rail Awards, the world's most relevant awards for trams, which are held annually in London. This 2020 edition will be held in a virtual gala, due to the pandemic, which will be broadcast on November 11 from the British capital.

In the category ‘Best Customer Initiative’ (Best Customer Initiative), Zaragoza is a finalist along with the trams of Doha (Qatar) and Mauritius. For its part, in the category ‘Significant Safety Initiative’ (Outstanding Safety Initiative), the Zaragoza Tram, the recently launched Mauritius Tram and the British company Rowe Hankins compete. In both awards, Zaragoza has been nominated for the measures implemented against Covid-19 and promoted by the Public Services and Mobility Area of the City Council, especially highlighting the fact that during the confinement the capacity of the means of transport was not reduced, to despite the drastic drop in demand to 95%, an unprecedented fact in most of the world affected by the virus.

Likewise, the candidacy is supported by all the initiatives that have been carried out in the public transport network of Zaragoza, and specifically in the tram, oriented towards safety and accurate information to citizens: reinforcements of disinfection of the units , both in night cleaning and in the trams that are in service; the installation of gel dispensers in all units; the placement of mask vending machines at certain stops with affordable prices; the design of the marking of disabled seats and the capacity of the vehicle; the measures installed in garages for the safety of work teams; etc.

For its part, the Zaragoza Tram is a finalist, in a joint bid with the operator Travías Urbanos de Zaragoza and CAF, in the categories 'Technical Innovation of the Year', where it competes with the Doha Tram and Furrer + Frey (Switzerland) and Rowe Hankins (UK); and ‘Most Improved System’ (System Improvement Award), together with the Moscow and Birmingham trams. In both categories, the Zaragoza Tram is among the nominees due to the fact that in 2020 it has completed the implementation of all the systems that allow it to be the first Spanish tram to have a 100% digital workshop.

The ‘Smart Depot’ in Zaragoza is also the first 100% digital workshop that CAF implements throughout the world. Among its systems is LeadMind, a digital platform that offers benefits such as predictive maintenance of different components of the trams, as well as improved diagnostics, the possibility of making decisions in real time and avoiding possible future breakdowns.

A central computer in each tram, connected to different networks, offers real-time data on multiple systems: doors, traction system, temperature at different points in the vehicle, physical location, etc. All this data is processed in the cloud thanks to the collaboration with Amazon Web Services, offering precise parameters in real time on the status of each unit. The ‘Smart Depot’ in Zaragoza is completed with multiple initiatives, such as providing all technicians in the workshop with tablets that offer real-time information on the status of all maintenance and repair work; or the implementation of barcode readers in the warehouse for 100% accurate management.

The 2020 edition of the Global Light Rail Awards has featured trams from a multitude of European cities, as well as American, Asian and African. The Zaragoza Tram is the only Spanish among the finalists.

Since the start of the service in 2011, the Zaragoza Tram has achieved a total of 16 relevant awards, both local, national and international, in which aspects such as its contribution to the Environment have been awarded.