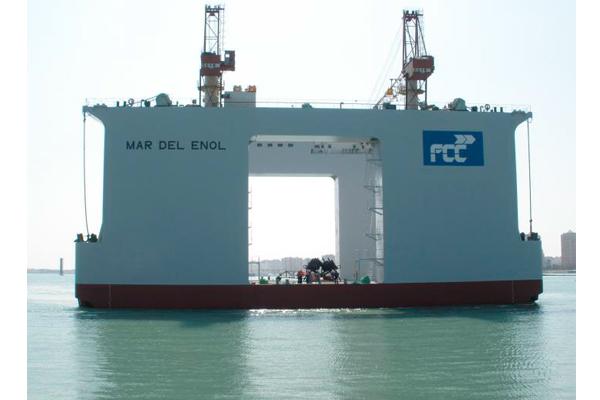 The Ministry of Science, Innovation and Universities, finances the national R & D & I project "SAFE", led by FCC Construccion. The project seeks the development of an autonomous system for the anchoring of structures for maritime works.

Currently, the methodologies for the funding of drawers are based on the vast experience accumulated by companies such as FCC Construccion. However, the advances in numerical modeling, with special importance of fluid-structure interaction, and the availability of new technologies such as control systems, can be an improvement when optimizing design, construction, transport, anchoring and In short, the entire useful life of the system.

From FCC Construccion it is considered fundamental to investigate the development of an intelligent and standardized system for the autonomous anchoring of crates in maritime works, which allows reducing the dependence on human resources, minimizing risk, maximizing efficiency and increasing the safety of the maneuvers of field. This is precisely the motivation of the current R + D + i project, approved and financed by the Ministry of Science, Innovation and Universities within the call Challenges-Collaboration 2017, and whose consortium is led by FCC Construccion, and has the participation of the Institute of Environmental Hydraulics of Cantabria (IHCantabria), and of the Computer and Automation and Control Engineering Groups of the University of Cantabria.

The development of the project is expected to take place between the 2018 and 2021 courses.

Among the specific objectives of the project are:

1. Development of a hydrodynamic model capable of predicting the dynamics of the box during the anchoring phase.
2. Development of a model for the simulation of specific anchoring systems for the estimation of impulsive loads.
3. Development of a control system capable of autonomously managing the anchoring process of a drawer.
4. Integration of numerical tools developed and the proposed control algorithm for training, maturation and optimization.
5. Development of a laboratory test campaign that allows, on the one hand, to validate the numerical developments proposed in the project and, on the other, the empirical validation of the automated funding system through its accurate reproduction at the largest possible scale in the laboratory.
6. Dimensioning and selection of equipment for the integration of the new control logics, and its subsequent incorporation into the typology of drawers common in the construction of vertical dams.


The project is a great challenge for the consortium, for the international strategy of its various members, as well as a commitment to the competitive improvement of its scientific-technical capabilities. The world market for port engineering is the future for Spanish construction companies and a market where the University of Cantabria-GIAC and IHCantabria can be a clear benchmark for their trajectory and tradition. That is why the benefits of the possible incentives received by this project will generate a powerful motivating effect whose scope exceeds the scope of return on the participants, assuming an important added value for the whole of the society committed to knowledge.