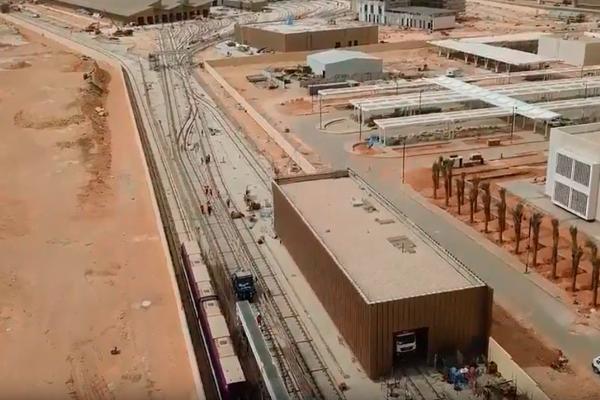 The FAST consortium, led by FCC, has successfully completed the first test on lines 4, 5 and 6 of the Riyadh Metro Project, owned by Arriyadh Development Authority (ADA). The tests include the demonstration of the performance of the railway system, from the power supply to the signaling systems, making use of the trains delivered by Alstom to the consortium, earlier this year.

The trains are driverless. The train movements are protected by a state of the art signalling system controlling the speed of the trains, ensuring smooth and safe operations including automatic opening of the train doors. The fully air-conditioned stations are equipped with platform screen doors also preventing people to access the track. The trains are also equipped with an advanced passenger information system delivering real time information to the passengers through screens and loudspeakers on board the train and on the station platforms.

FAST Consortium is one of the three consortiums contracted by Arriyadh Development Authority (ADA) to design and build the Riyadh Metro Project. The consortium brings together eight international partners; In addition to having FCC Spain, this consortium includes Samsung C & T (South Korea), Alstom (France), Strukton (Netherlands), Freyssinet (Saudi Arabia), Atkins (United Kingdom), Typsa (Spain) and Setec (France). The team of the consortium is made up of more than 10,000 workers of 38 nationalities.